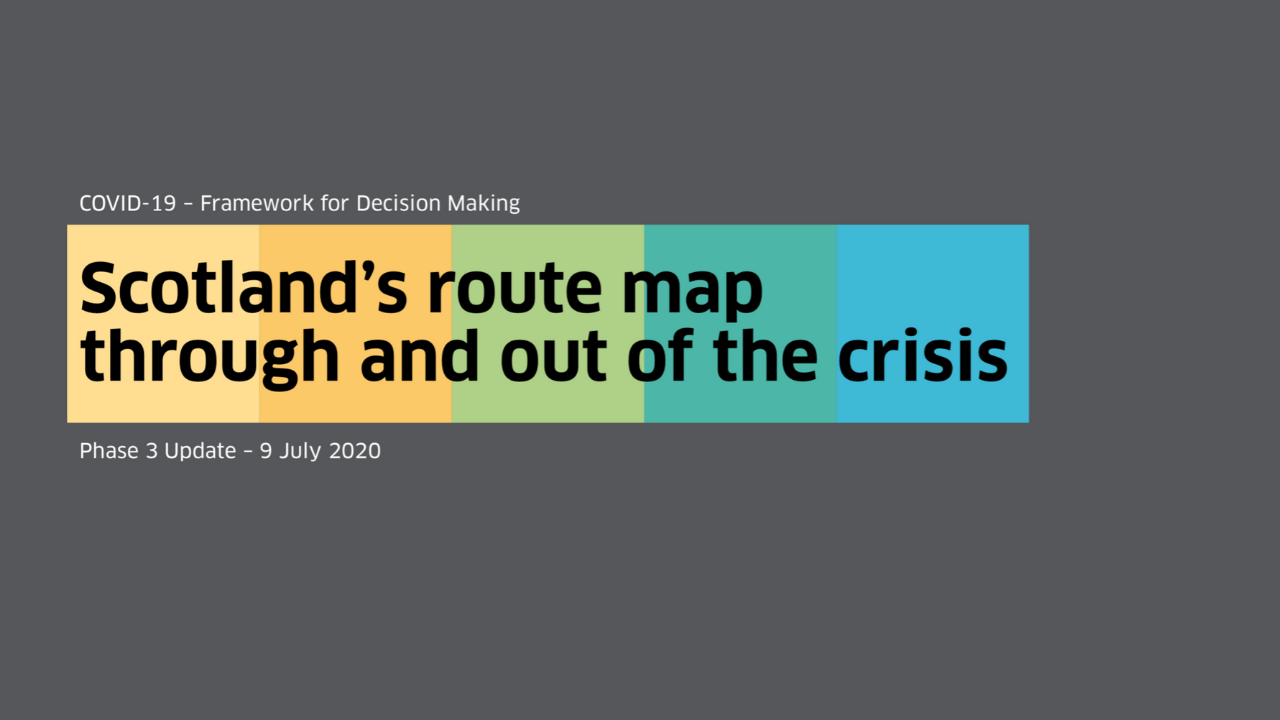 The Scottish Government has today announced a series of measures to be implemented in stages as the country moves into Phase 3 of Scotland’s route map through and out of the crisis.

The First Minister said coronavirus had been suppressed to a “low level”.

People will be allowed to meet up in extended groups outdoors, and with two other households indoors, from Friday.

Exemptions to the 2m physical distancing rule will also be introduced from 10 July, although the use of face coverings in shops will be mandatory.

Couples who do not live together will no longer have to physically distance from Friday onwards, and dates have been set in the coming weeks for the reopening of bars and restaurants and the tourist industry.

Indoor gatherings with a maximum of eight people, from three different households, will be allowed from tomorrow.

Pubs, restaurants and holiday accommodation can open from Wednesday 15 July.