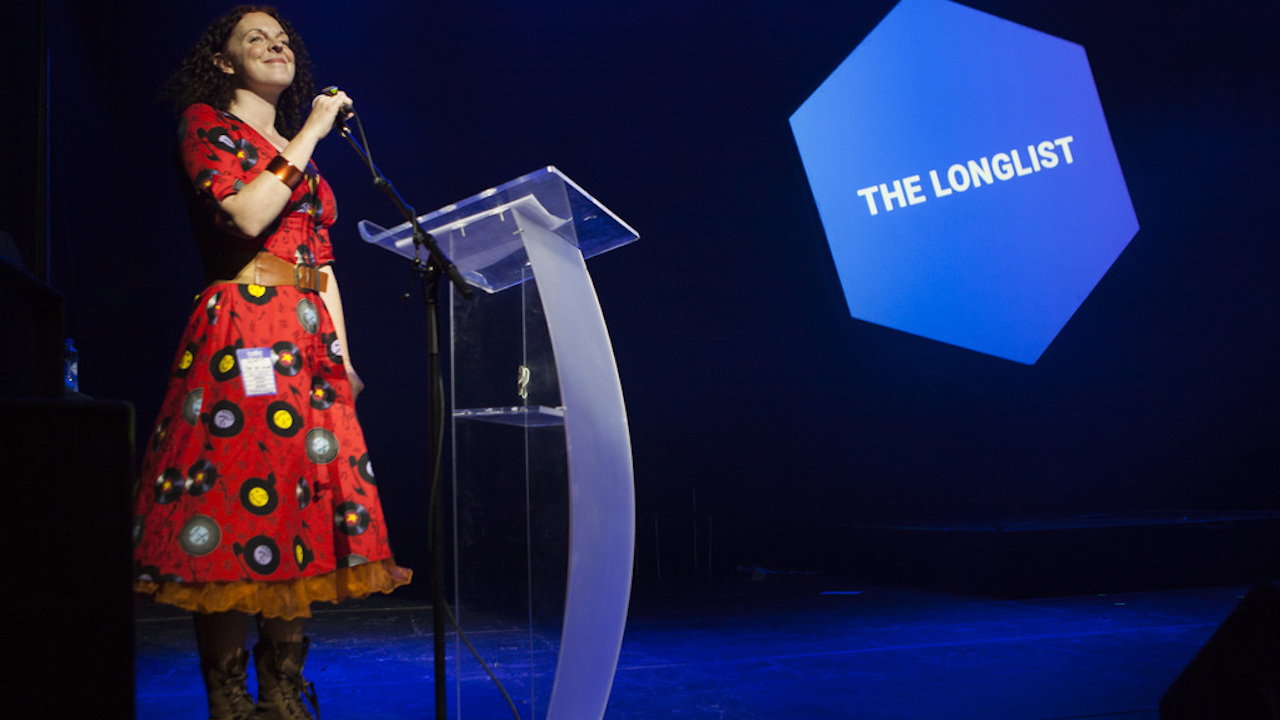 Scotland’s national music prize, The SAY Award, have announced today that the highly anticipated Live at the Longlist event will take place at The Queen’s Hall in Edinburgh on Friday 26th July. The event will feature live performances from some of Scotland’s best creative talent and SAY alumni including C Duncan, Kobi Onyame and a special collaboration between Idlewild’s Rod Jones and Modern Studies. The twenty outstanding Scottish albums that will make up The SAY Award Longlist for 2019 will be exclusively revealed on a night celebrating the incredible strength and diversity of Scottish music.

Rod Jones of Idlewild said of the event: “I’m really excited to be collaborating with Modern Studies. I’m a big fan of their ‘Welcome Strangers’ album and the way they interweave folk, classical and pop. I look forward to seeing what we can bring to each other’s songs…”

Announced in front of a live audience by hosts Vic Galloway and Nicola Meighan, Live at the Longlist ensures music fans are the first to know which albums make up this year’s coveted list. The live gig will be raising funds for Help Musicians Scotland – The SAY Award’s charity partner for 2019 – ensuring it is a night of celebration, recognition and inclusivity for all in the Scottish music industry. Now in its eighth year, The SAY Award will move to the capital city for the first time. Live at the Longlist gets things underway with an incredible bill of previously nominated artists including C Duncan, Kobi Onyameplus a special collaboration between Idlewild’s Rod Jones and Modern Studies. Shortlisted in both 2016 and 2017 for his albums ‘Architect’ and ‘The Midnight Sun’, C Duncan will perform following the release of his third album ‘Health’ earlier this year. ‘Health’ saw the Scottish multi-instrumentalist step out of his bedroom studio and work with other producers, engineers and musicians for the first time. Warm and harmonically rich, C Duncan delightfully juxtaposes the vibrant and wholesome aesthetic of the album with an often-darker lyrical undertone, pushing himself to refine and explore new ways of writing. ‘Health’ sees C Duncan evolve and expand his parameters in mesmerising fashion meaning his performance at Live at the Longlist will be incredibly special.

C Duncan said: “It’s an amazing award that celebrates not only the more established artists living and working in Scotland but also the up and coming ones. It celebrates every genre and style, which is so important in showcasingScotland’s varied and eclectic musical landscape. Every musician needs help at some point or another in their career, and raising funds for Help Musicians Scotland will ensure they get the support they need and deserve. The SAY award nominations for my previous albums has helped boost my career in Scotland and beyond. Not only with regards to radio play, shows, sales etc, but also in helping me gain the confidence to create whatever I like. It has introduced me to lots of other artists and opened my eyes/ears to other amazing music coming out of Scotland.”

Fresh from an appearance at The Great Escape earlier this month, Scottish-based Ghanaian artist Kobi Onyame will perform material from his ‘GOLD’ LP, which was Shortlisted for The SAY Award last year. Blending his Ghanaian heritage with hip-hop undertones, ‘GOLD’ sonically takes the listener on a journey. Kobi Onyame expertly captures the afrobeat rhythms of the 1960s and 70s using percussions and brass melodies with originality that somehow has its roots in the past and present simultaneously. An artist on the rise, Kobi Onyame’s set at Live at the Longlist will truly celebrate the depth and diversity of Scotland’smusical landscape.

Meanwhile, two of Scotland’s finest talents and previously nominated artists will team up for a special collaboration on the night, highlighting everything which makes The SAY Award so special to Scotland’s music industry. Modern Studies, whose beguiling second LP ‘Welcome Strangers’ is an elemental and often spectral world of contrasting tones and hues will perform with Idlewild guitarist Rod Jones. The iconic Scottish outfit unveiled their eighth studio album earlier this year; an album which saw them team up once again with the producer of their seminal record ‘The Remote Part’, Dave Eringa.

Modern Studies said: “Many’s the sweaty jump-about we’ve had in our ranks to some of Rod’s classic riffs over the years – we’re excited to get the chance to collaborate with him for a performance at such a great venue, and looking forward to putting something really special together.”

The night will also feature a special DJ set from Tallah Brash, Music Editor at The Skinny. With a vast amount of experience in the music industry, Tallah Brash runs a pre-club party night called Supper Club at The Safari Lounge where she plays top records and promotes top local electronic acts.

With album submissions closing at midnight tomorrow (31 May), there has already been an incredible 260 eligible albums confirmed. There is still time for musicians, fans and labels to submit eligible albums for consideration to The SAY Award website, with no cost attached to submitting.

Live at the Longlist will announce which twenty albums are in the running to be Shortlisted, with the final winning artist collecting a £20,000 cash prize and nine runners up each awarded £1,000. The SAY Award is an integral part of the Scottish music industry which celebrates, promotes and rewards the most outstanding Scottish albums each year. To date, the award has distributed over £203,000 in prize money.

Find out more about The SAY Award