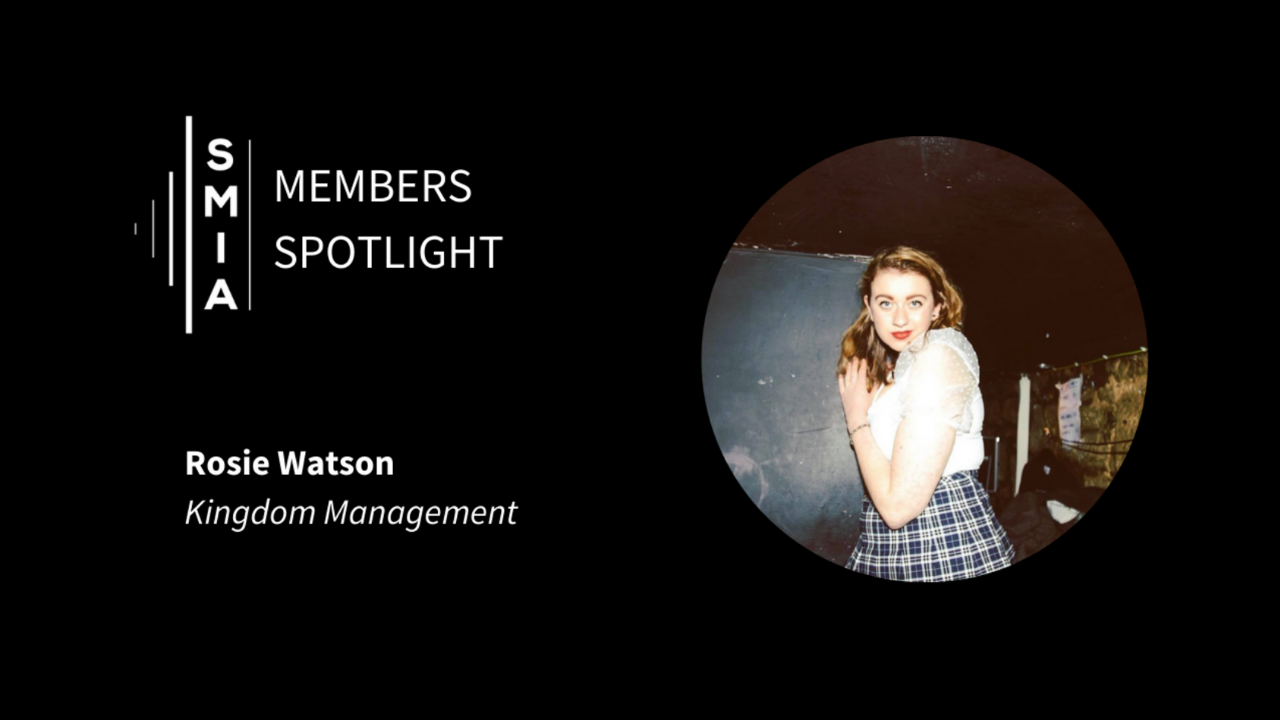 1. Tell us a bit about you and what you do…
I am an Artist Manager. I manage Dead Pony, as well as assisting Hamish Fingland on artists such Walt Disco,The Ninth Wave and Lucia & the Best Boys. Originally I specialised in Graphic Design and Motion Graphics however I realised my heart was fully in music and decided to switch things up. As an Artist Manager, I help shape and build an artists career. I’d love to be able to tell you what I do on a day to day basis in detail but I haven’t even mastered how to explain this to my family yet. It’s a very fast paced job but I wouldn’t change it for the world.

2. How long have you been working in the music industry?
Over 3 years now. After helping finish the last 4 episodes of The Spaghetti Factory on behalf of Gary Watson, I started getting a feel for things such as tour managing, press and putting on gigs. This then led me to working at Wide Days as the Events Assistant for the year. By this point I knew I wanted to work as an Artist Manager helping bands do what they truly love. I met my wonderful boss Scott Kirkwood just as he was launching Kingdom MGMT with Hamish Fingland and everything fell into place from there.

3. What do you enjoy most about what you do?
I love watching the bands succeed and making them happy. Watching them take the next step in their career feels like Christmas to me. Whether that is getting great support on the radio, selling out a show or releasing new music, it’s all really exciting. It was an amazing and overwhelming feeling when The Ninth Wave’ album ‘Infancy’ was nominated for Album of the Year at The AIM awards against Nick Cave and Laura Marling.

4. Who are some of the people you’ve worked with?
I find this question quite hard as networking is a large part of the job. The person who introduced me to the music industry is Murray Curnow at Wildlife Entertainment. I haven’t ever worked with him officially apart from designing personal garments back in the day for Royal Blood who he manages but I saw him as a mentor when I was starting out. Out of everyone that I work with externally to Kingdom, I would say I work very closely with the team at Distiller Records, X-Ray Touring and Supercat PR. The list could go on and on though.

5. Where do you see you/your organisation in the next five years? In five years I see myself having my own roster at Kingdom and training future artist managers. I see the company developing greatly, having an office over in America and having a bigger team where we manage artists, songwriters and producers.

6. What’s coming up for you?
With the current state of the world and COVID-19, a lot has been put on pause. I was meant to be heading to Madrid with Walt Disco in a few weeks for a show. I had my last single release of the year just there with Dead Pony so it’s time to start getting their debut EP ready. The complete Remix EP ‘UNHAPPY DAYS!’ by The Ninth Wave also just came out last week. Everybody is writing or recording at the moment. There will be a lot of new music for you next year.

7. What’s the best thing about working in music in Scotland?
I love how much of a team everyone is up here. It’s like one big family where everyone has each other’s back. Everyone is so passionate about what they do and I think we have a real chance of making an even bigger industry statement. It’s not only the industry side that is growing but the artists themselves are exceptional. It is all very diverse from the likes of pop and hip-hop to alternative rock music, Scotland really seems to be striving and growing.

8. What do you feel Scotland’s music industry needs to excel?Continue what we are doing. If we develop more people in the industry and develop artists, then I think we really will be unstoppable. It’s great hearing people down south talk about the buzz that we have up here and how they would love to be part of it. I always hear of people talking about how amazing the scene in Scotland used to be during the Postcard Record era, I believe we are doing something similar and feel privileged to be part of it