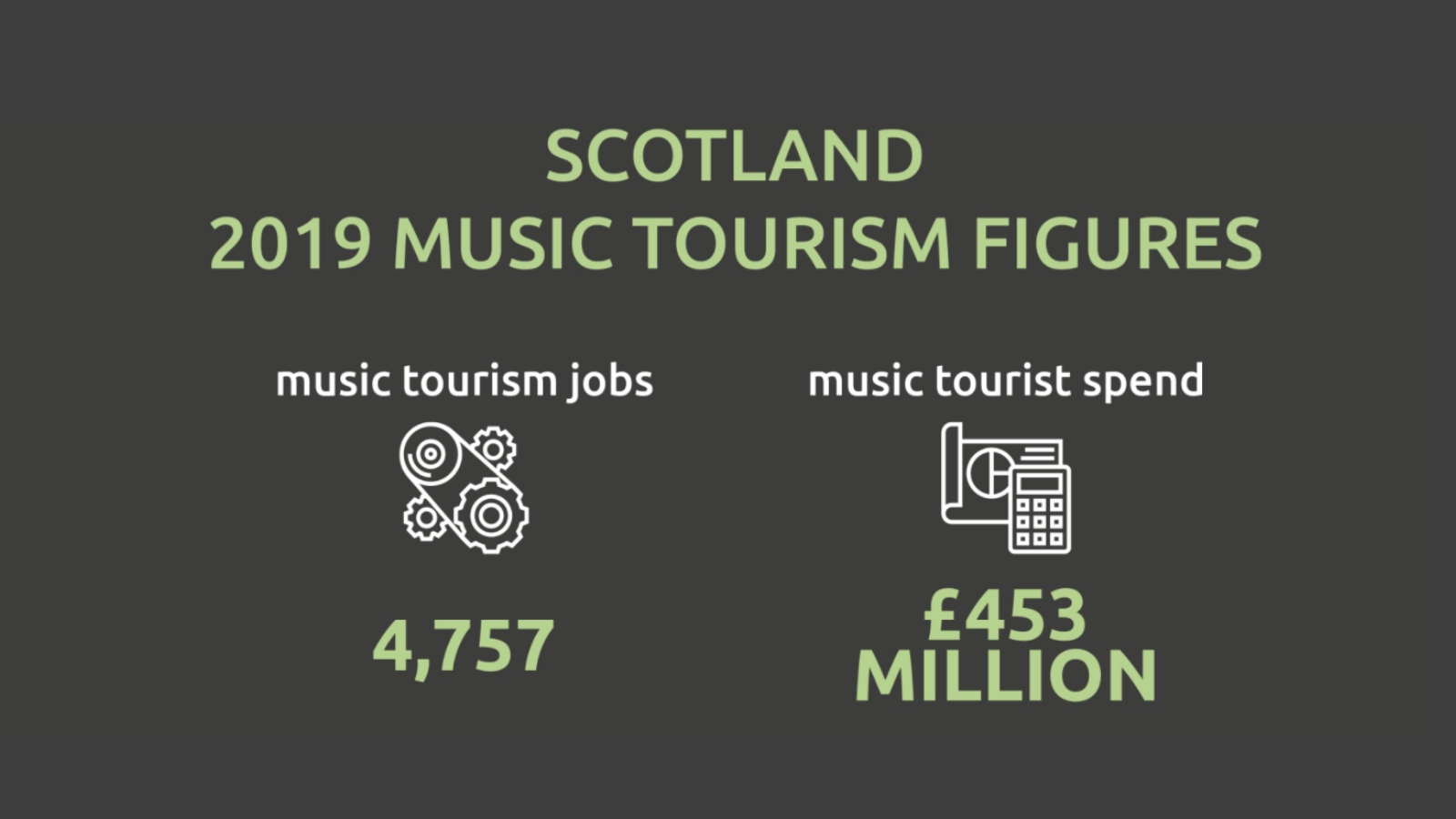 A 2019 data map released by Music By Numbers shows the vital economic contribution music tourism made to Scotland in 2019 ahead of a key report into the music industry.

This map shows the Music By Numbers music tourism data broken down by region.

• Music Tourist Spend is calculated as the total amount of spend generated by music tourists per region (this includes direct and indirect spend).

• Number of Music Tourists represents the total number of tourists that attended live music events (both domestic and overseas).

View the data map on ukmusic.org.