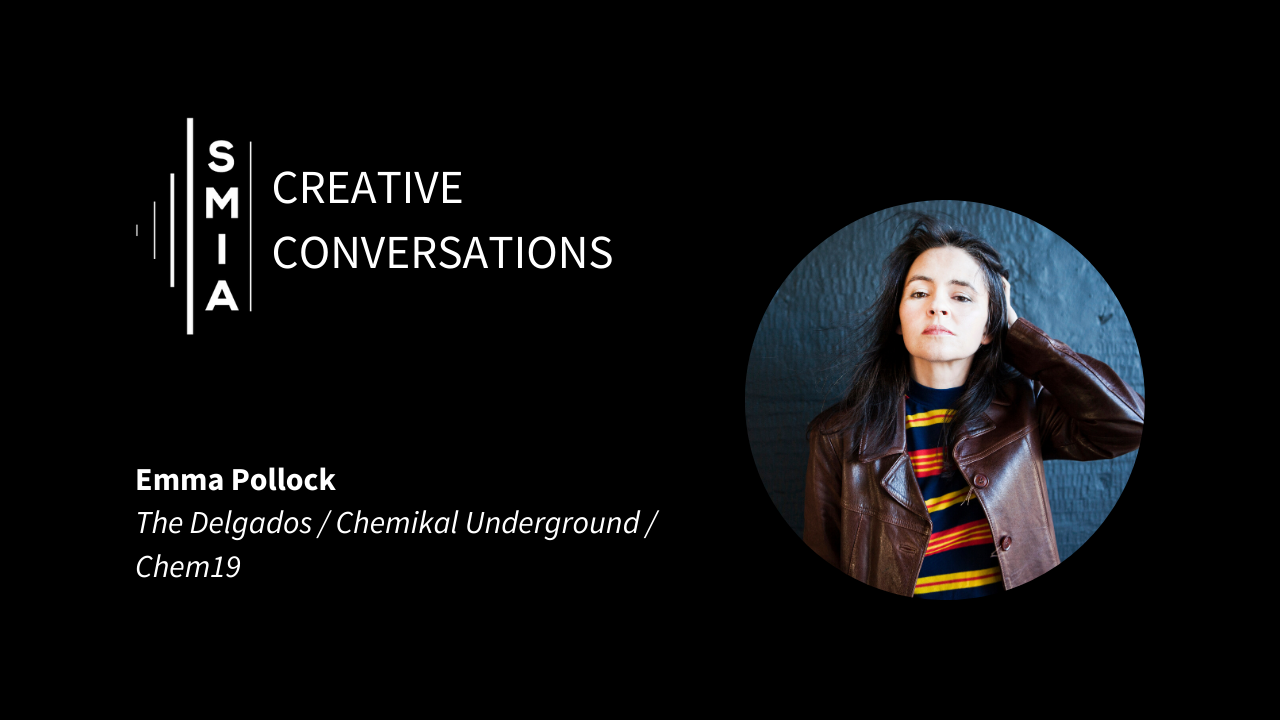 SMIA Creative Conversations are a series of inspirational events hosted by the Scottish Music Industry Association (SMIA). The events take the form of a chat show style interview, with a different music industry practitioner being interviewed at each event. The purpose of SMIA Creative Conversations is to allow insights, experience and best practice to be shared with others working in the music industry.

We are delighted to be welcoming Emma Pollock (The Delgados / Chemikal Underground / Chem19) who will be interviewed by Nicola Meighan (BBC Radio Scotland) at Mono in Glasgow on Wednesday 25th March 7-9pm.

A founding member of critically acclaimed Scottish band The Delgados, Emma Pollock co-wrote and shared lead vocal duties on the 5 studio albums the band released between 1995 and 2005. 2000’s album ‘The Great Eastern’ was awarded a Mercury nomination.

In 1995 Emma co-founded influential Glasgow record label Chemikal Underground and in 1997 co-founded recording studio Chem19 with the band, both of which continue to run today.

In addition to The Delgados and subsequent solo work, she has also taken part in many collaborative projects; most notably The Burns Unit featuring amongst others King Creosote & Karine Polwart, which resulted in 2010’s debut album for the band ‘Sideshow’ and a ‘Later With Jools Holland’ appearance.

2010 also saw the formation of The Fruit Tree Foundation with Rod Jones (Idlewild), a project commissioned by the Scottish Mental Health Arts Festival to promote awareness of mental health issues within the music industry by producing an album of new material written by 8 Scottish songwriters.

Emma also regularly works with Glasgow organisation Vox Liminis, which arranges songwriting workshops in Scottish prisons and released its debut album of original material ‘Not Known At This Address’ in May 2018.

Emma continues to write in preparation of recording a new album later this year.

After the event we would like to welcome you to stay for a drink and an opportunity to network.

Please RSVP for your FREE ticket via Eventbrite.

We look forward to seeing you there!

We are facing a climate and ecological emergency. We encourage everyone to use public transport where possible. Please refer to your city transport links for timetables and fares.