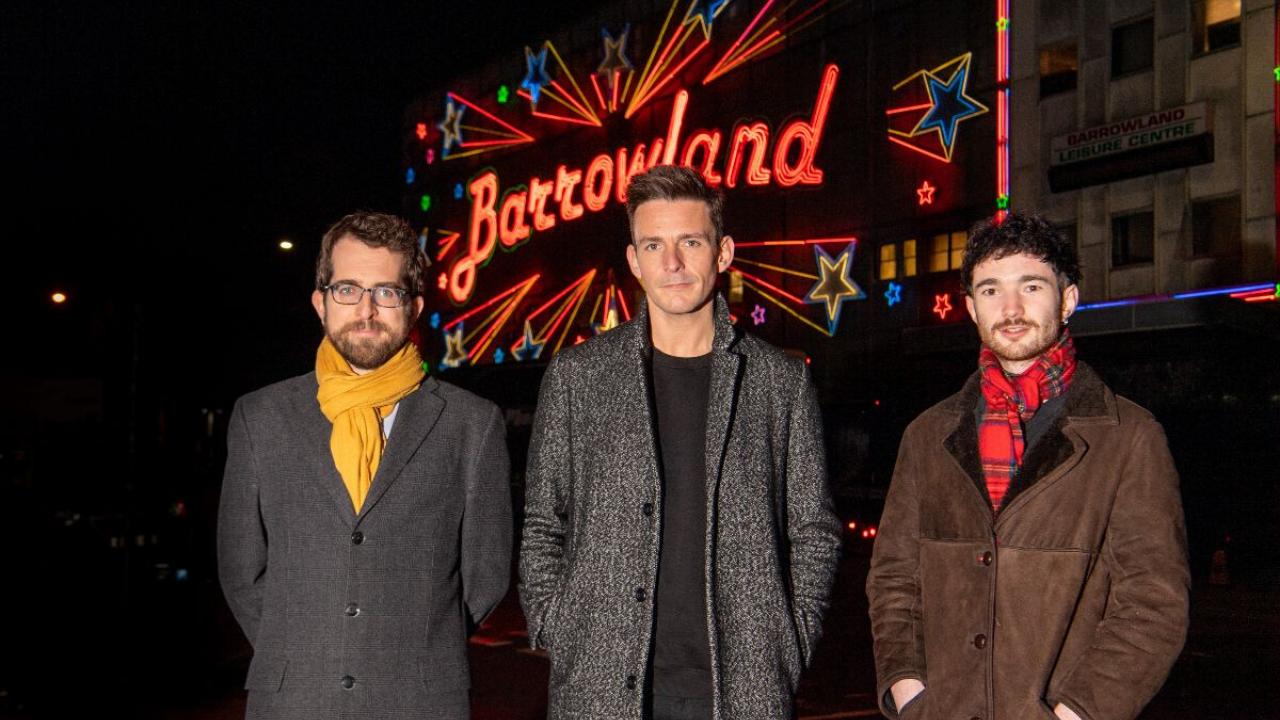 A new partnership of academics and music industry professionals is set to map and measure the impact of the music industry on Scotland, it was announced today (16 December 2019).

Led by the University of Glasgow in partnership with the Scottish Music Industry Association (SMIA) – a membership organisation and innovation agency which exists to represent and develop Scotland’s music industry – the project will explore how much money the sector generates annually in sales of music and services.

Dr Matt Brennan, a Reader in Popular Music at the University’s College of Arts, and PhD student Robert Allan, also a founding and current member of the band Glasvegas, will be carrying out the research over the next three years.

Dr Brennan, said: “This is a landmark research partnership that aims to provide the most comprehensive study of the Scottish music industry to date. Allan impressed us in his interview for the post with his insights on Scotland’s position within the global music economy based on his many years of experience as an internationally touring musician, coupled with his track record as a mature student who recently achieved the top mark in his class completing his music degree, which included an innovative dissertation on the impacts of touring on the mental health of musicians.”

‘Mapping and Measuring the Scottish Music Industry’ project is a new Arts and Humanities Research Council (AHRC) collaborative doctoral award, and also marks the launch of the newly formed Interdisciplinary Music Industries Research Group (IMIRGe) at the University of Glasgow. The mission of IMIRGe is “to produce world-class analytical and empirical music industries research that contributes to public and policy debates in Scotland, the UK, the EU, and globally.”

Mr Allan, said: “I am excited for the opportunity to pursue a PhD on a topic that I am passionate about, and to work alongside supervisors from both IMIRGe and the Scottish Music Industry Association.”

The research hopes to provide a robust map of the music industries in Scotland. It also hopes to reflect many changes in the industry over the last two decades and the lack of Scottish-specific data.

It will assess challenges and opportunities for growth, providing data and insights that the Scottish Music Industry Association will be able to use in presenting arguments for support of the sector to the Scottish Government.

Robert Kilpatrick, General Manager of the Scottish Music Industry Association (SMIA), said: “We are delighted to embark on this important and much needed joint research project with the team at IMIRGe and the University of Glasgow. We hope that the launch of this project further stimulates a national conversation about the value of music to Scotland’s economy and wider culture, and we very much look forward to utilising the findings to see SMIA services, projects and events provide maximum impact and benefit to the sector for years to come.”

In recent years the growth of streaming and live music, cuts in public expenditure after the crash of 2008 and Brexit have changed the nature, value and structure of the music industries in Scotland. In particular, the implications of Brexit on the import and export of live music are still unknown, as there are no provisions in place as of yet.

The researchers plan to use Sweden as a supplementary comparative case study to gauge what the Scottish music industry can learn from successful 21st century music economies in other small nations.

Dr Matt Brennan is Reader in Popular Music and a world-leading expert in UK music industries research. He has led multiple music industries research projects funded by the Arts and Humanities Research Council, including the UK Live Music Census – the world’s first national census to measure live music’s combined economic, social, and cultural value and to highlight challenges within the sector.

Robert Allan is the lead guitarist in the platinum-selling rock band Glasvegas. He has toured the world many times over and achieved two top ten albums in the UK. After Glasvegas’ third album cycle was complete, Robert decided to go back to higher education and work towards an undergraduate degree in Commercial Music at UWS, of which he finished top of his class and was awarded the court medal for his achievements. Prior to beginning his PhD, Robert gained an MA with distinction in Music Industries also at UWS.