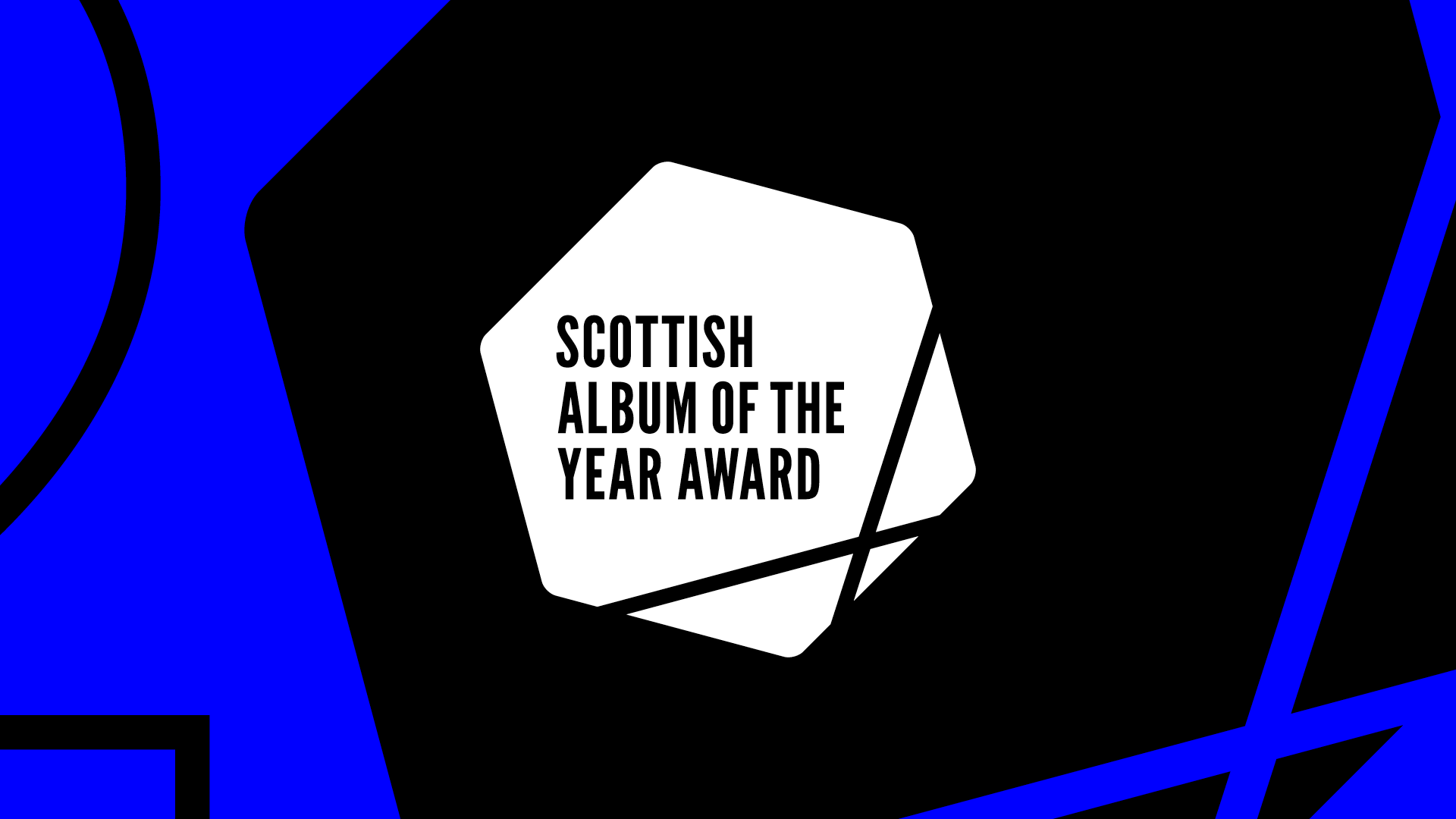 Today, the Scottish Album of the Year (SAY) Award returns for 2022, calling on artists, labels and music fans to submit eligible albums – for free – at www.sayaward.com. Submissions will close at midnight on Friday 22nd July 2021.

Last month The SAY Award made an exciting announcement as it revealed Stirling as the new location for the 2022 ceremony. The host city was unveiled in a spectacular projection display on one of the city’s most renowned landmarks, The National Wallace Monument. Incorporating lyrics from the iconic Scottish ballad ‘Caledonia’ by singer-songwriter Dougie MacLean, music fans can watch the impressive ode to Scotland and its talented music industry here.

The SAY Award ceremony will take place on Thursday 20th October at the stunning Albert Halls where artists, industry professionals, press and music fans will have the opportunity to attend one of the most highly anticipated nights in Scotland’s musical calendar. The evening will look to celebrate Scottish music and the cultural impact of outstanding Scottish albums, with The SAY Award winner receiving a £20,000 first prize and walking away with the coveted title of Scottish Album of the Year. Nine runners up will each receive £1,000, as well as bespoke prizes created through The SAY Award design commission. A limited number of pre-sale ceremony tickets are available now at www.sayaward.com.

To be considered for The SAY Award 2022, eligible albums must have been released between 1st June 2021 – 31st May 2022. To submit albums for FREE, plus view eligibility criteria and guidelines for 2022’s award, visit www.sayaward.com.

The SAY Award reached a significant achievement in 2021 as it celebrated an incredible 10 years. Since its inception in 2012, the national music prize has distributed over £300,000 in prize money to Scottish artists and championed 200 Longlisted albums over 10 campaigns. Now in its 11th year, The SAY Award continues to enhance the profile, reputation and credibility of Scottish artists, putting Scotland’s thriving music industry on the global map.

Last year, The SAY Award announced Mogwai – ‘As The Love Continues’ as the 2022 winner. Speaking about the bands win, Stuart Braithwaite said: “Winning The SAY Award last year was a huge honour for Mogwai. To be recognised by a panel of peers in this way meant the world to us as a band, particularly given the quality of the other musicians on both the Longlist and Shortlist. Scotland continues to produce a plethora of great musicians making outstanding work year on year so for us to win this award is humbling in the extreme.”

2022 will also see the return of two new awards, the ‘Modern Scottish Classic Award’ and the ‘Sound of Young Scotland Award’. Artists on this year’s Longlist will choose the winner of the ‘Modern Scottish Classic Award’, recognising an iconic album from Scotland’s past. Last year ‘The Midnight Organ Fight’ by Frightened Rabbit was crowned the winner of the newly introduced award.

Supported by Ticketmaster, Youth Music Initiative (Creative Scotland) and Youth Music, The Sound of Young Scotland Award will see a panel of previous SAY Award nominees choose the winner. The winning artist will receive a funding package worth up to £5,000 to facilitate the creation of their debut album, with the award designed to invest in Scottish music’s future and provide vital support to an up-and-coming artist. 2021’s winner LVRA has grown from strength to strength since winning the award and now prepares to make her debut at Connect Festival later this summer.

To be considered for The Sound of Young Scotland Award, artists must be 25 or under to apply (in a band, 50% of core members must be 25 or under), not previously released an album and have made Scotland their creative base for at least the past two years. Full information will be published in due course, and emerging artists can apply from Monday 25th July until midnight Monday 15th August via www.sayaward.com.

Robert Kilpatrick, Creative Director of the Scottish Music Industry Association (SMIA) / The SAY Award, said: “As we now move into a post-Covid landscape, The SAY Award’s role in celebrating Scottish music and the cultural contribution of albums proves more crucial than ever. Artists and music industry professionals are working hard to recover from the significant impacts of the pandemic, and whilst many challenges are thankfully now behind us, the cultural landscape remains in many ways fractured. Creative and business risks are having to be taken, and with many turbulent external factors still at play, resilience, innovation and a sheer determination to highlight the power and value of music is proving fundamental to Scotland’s cultural recovery.

“As we open submissions for 2022’s SAY Award, we’re reminded of the passion, diversity and commitment of our artists and music industry. The bodies of work recognised by SAY enrich the lives of the people who call Scotland home, as well as the lives of many people from far beyond. Our four-month campaign will work to bring a renewed sense of community, instil civic pride and increase cultural confidence; all of which is vital for our national wellbeing. We look forward to working with our partners as we gear up to this year’s Ceremony – our Stirling debut – and we hope you can join us at The Albert Halls on Thursday 20th October for what is always one of the best nights in Scotland’s musical calendar.”

Alan Morrison, Head of Music at Creative Scotland said: “There’s every chance that the crop of eligible albums for this year’s SAY Award will be bigger and more bountiful than ever, spread across every genre imaginable. When the pandemic closed doors to performance, Scotland’s musicians wrote and recorded instead, and the past few months have seen the fruits of their labours released to the world. Each year, The SAY Award provides an opportunity to celebrate Scotland’s musical excellence. In 2022, however, there’s more reason than ever to shout out loud about the sheer breadth and depth of what Scotland can create against the odds. So get those submissions in now.”

The SAY Award is a Scottish Music Industry Association (SMIA) production. The SAY Award 2022 is delivered in partnership with Creative Scotland, Stirling Alive with Culture, Stirling Council, Ticketmaster, PPL, Youth Music Initiative, Youth Music and Music Declares Emergency. Following Frightened Rabbit winning the Modern Scottish Classic Award in 2021, The SAY Award is delighted to reveal Tiny Changes as the Charity Partner for 2022. As Scotland’s national music prize transitions into a new decade, The SAY Award is dedicated to highlighting the power that music can have on a person’s mental health and overall wellbeing. Tiny Changes is at the forefront of this movement as the Scottish mental health charity looks to reduce stigma, support change and build communities across Scotland. The partnership between The SAY Award and Tiny Changes aims to positively impact young people’s mental health by raising awareness of the Scottish charity and the transformative work they do.
Kara Brown, Tiny Changes CEO said: “Tiny Changes is so excited to be this year’s The SAY Award charity partner. We love that this iconic Scottish award inspires young people and celebrates musicians who’ve turned their own life experiences, pain and mental health challenges into works of art.”

Once all eligible albums have been collated, 100 impartial ‘Nominators’, chosen from sectors including journalism, music retail and music venues across Scotland, nominate and rank their five favourite albums in order of preference. The SMIA assigns a score to each title in a Nominator’s Top 5, before announcing the 20 highest scoring albums as The SAY Award Longlist.

The Longlist will then be whittled down to a Shortlist of 10 albums, one of which will be chosen by music fans via a 72-hour online public vote. The remaining nine albums will be chosen by The SAY Award judging panel, who will then reconvene at the ceremony to decide on 2022’s winner.