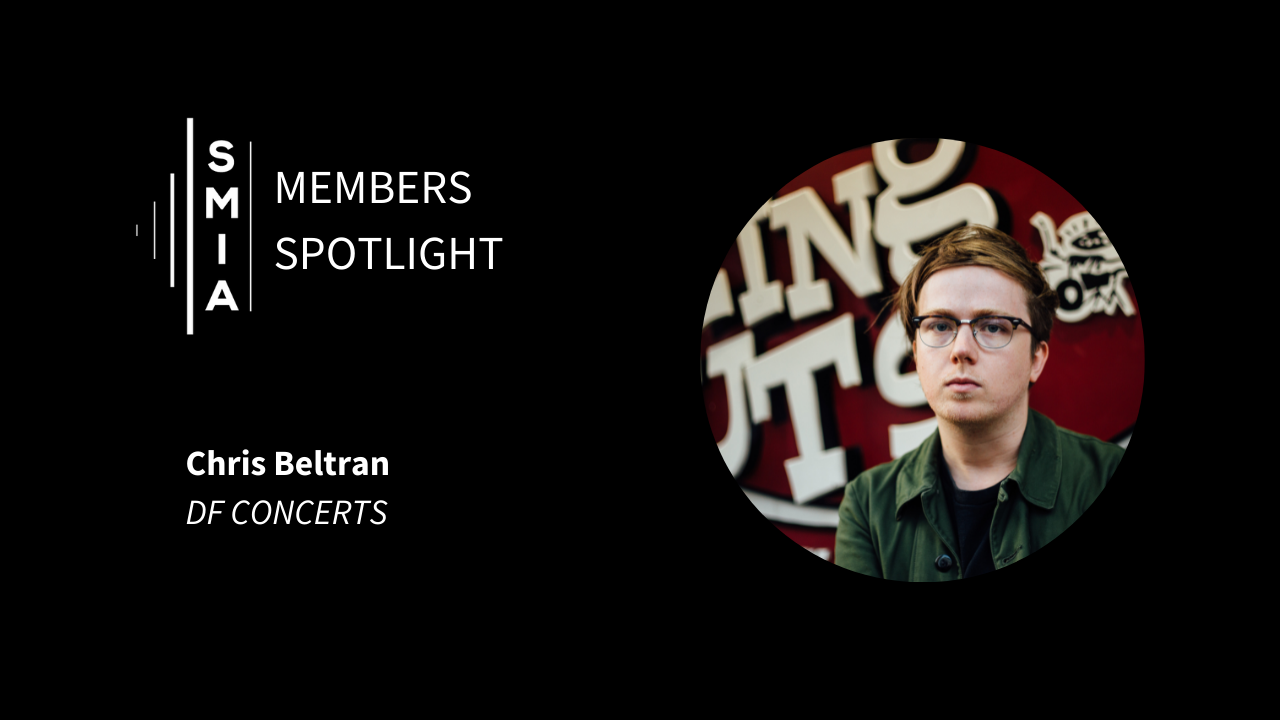 Tell us a bit about you and what you do…

My name is Chris Beltran and I’m a promoter at DF Concerts based in Glasgow. My job is finding the most exciting new artists from Scotland and across the world and lead on the planning and delivery of their live concerts in Scotland ensuring the shows in the market are as successful and long lasting as they can possibly be.

How long have you been working in the music industry?

I’ve been a part of the industry as an artist since 2011 but began working for DFC in January 2015 after going into early retirement as a musician. I’ve been in my current position for about 2 and a half years.

What do you enjoy most about what you do?

I get really excited by coming across new artists early on in their careers and watching and contributing to their growth. It’s especially exciting when the artists are local to Scotland as it’s not often you get to see someone come from playing as a support act in King Tuts to headlining arenas, it feels a bit like something you see in films but not in real life. Scotland’s been very lucky to have had that happen with a few artists in recent years which has really opened the door and made it possible for new artists to be taken seriously do the same thing and make waves globally. It shows no signs of slowing down either.

Who are some of the people you’ve worked with?

My roster includes artists like The Snuts, Fontaines D.C., Girl In Red, Joesef, Rina Sawayama and Beabadoobee to name a few.

Where do you see you/your organisation in the next five years?

Back to doing what we do best. Delivering the biggest and best shows in the country but while at the same time having taken some learnings and implementing new ideas caused by the disruption of the global pandemic.

What’s coming up for you?

Later this year, with the hopeful return of live music my first Barrowland shows will be taking place kicking off in September with a 3 night run with West Lothian band The Snuts. Selling out three nights in such an iconic and prestigious venue is an achievement held mostly by artists who are 10+ years into their career so to see the band hit this mark ahead of the release of their debut album was something very special indeed. Promoting a show in a venue like the Barrowland has been a goal for me since day one of being a promoter so to do this with a Scottish act I’ve worked with from the beginning is .

What’s the best thing about working in music in Scotland?

I think everyone in the Scottish industry has an appreciation for what everyone else does. We’re more closer knit than other countries so have a greater awareness of what each other does. Scottish people also have an innate pride built into them. It’s great to see artists come out and show support for each other with a recent example seeing so many Scottish artists come out in support of the The Snuts album campaign which resulted in them being the first Scottish band to debut at #1 in 14 years. I don’t think you’d see that happen for artists from other countries. It sounds cheesy but there’s a strong sense of community here.

What do you feel Scotland’s music industry needs to excel?

I think diversity is a place where everyone can make rooms for improvement. Diversity in gender and ethnicity are really important for roles in the music industry but I also think people from different social backgrounds particularly the working class can sometimes be disregarded by sections of the Scottish music industry.Whether it’s for slots are music festivals or jobs in key institutions, I think it’s important that when decisions are being made about opportunity in the industry that all of the options are being recognised and considered. As a starting point, championing diversity on and off the stage from the grassroots level now will ensure that in years to come when we look around at our music industry that we see a reflection of the multi-cultural society that we live in.