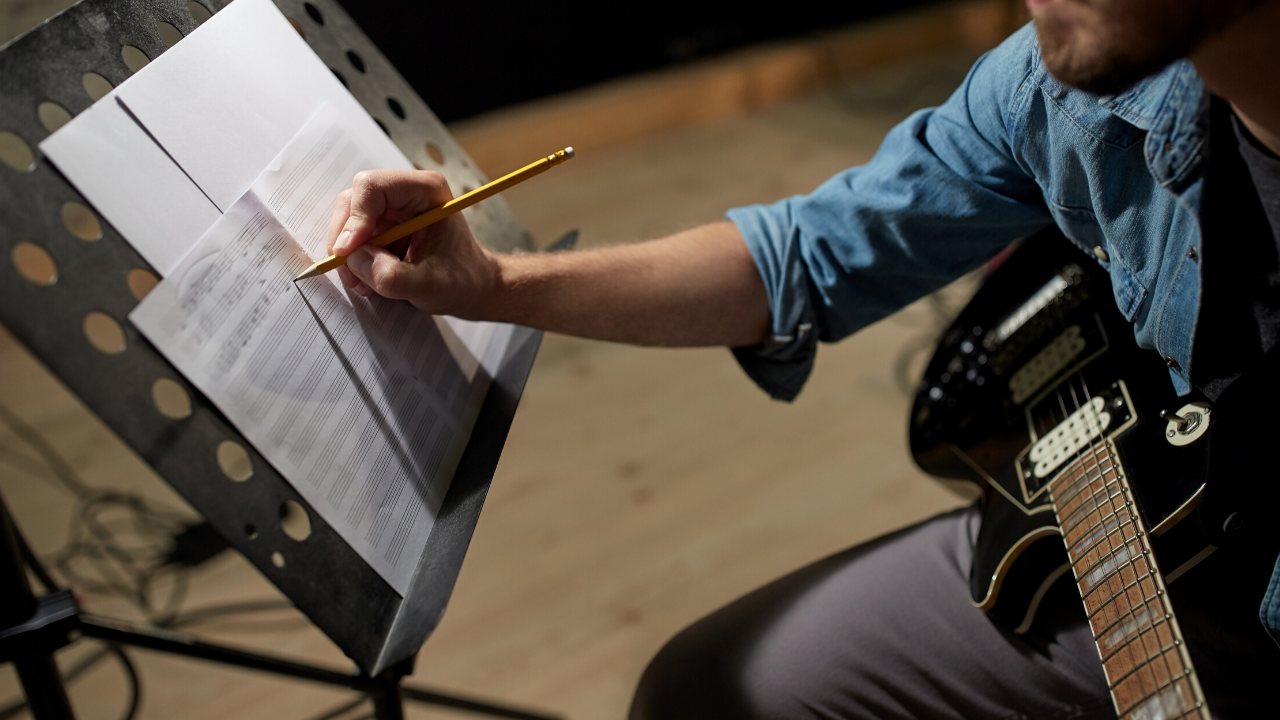 The Academy of Music and Sound Scotland is the second academic institution to sign a partnership with the Scottish Music Industry Association (SMIA); the organisation which exists to represent and develop Scotland’s music industry.

The partnership sees recognised endorsement of Academy of Music and Sound Scotland programmes from Scotland’s national music industry association; ensuring relevance and quality of graduate skills that are mapped to contemporary industry needs. The partnership will see an increase in engagement with Scotland’s music industry for Academy of Music and Sound Scotland students, as well as increased opportunities for students to take part in SMIA research and projects, including the Scottish Album of the Year (SAY) Award; Scotland’s national music prize.

The Academy of Music and Sound celebrate their 25th birthday this year, with their first campus having opened in Torquay in 1994. By 2012, the Academy had a national network of 6 centres, based in Birmingham, Exeter, Southampton, Edinburgh, Glasgow, Swindon and Gateshead; delivering training and education to over 800 students and apprentices annually. In 2019, the Academy of Music & Sound was fully validated to deliver online music programmes via distanced learning, and AMS online now deliver undergraduate and postgraduate options in music in 13 different countries worldwide. A wide range of music courses are delivered in Scotland from their campuses in Glasgow and Edinburgh, including BA (Hons) Music and Sound and  HNC/D in Music, as well as a variety of short courses. Notable alumni includes Primal Scream, Lewis Capaldi, CHVRCHES and twice SAY Award-winning act Young Fathers.

Robert Kilpatrick, General Manager, Scottish Music Industry Association, said: “With a proven track record of delivering high quality, valuable and relevant courses, we’re delighted to now be working with the Academy of Music and Sound Scotland as an Academic Partner of the SMIA. This partnership will see us work collaboratively to develop the curriculum in line with industry demands, as well as provide students with increased opportunities to gain real-life insights and experience. From engaging guest lectures to tailored student placements, the partnership will allow us to give the next generation of music practitioners in Scotland the best possible support, inspiration and confidence throughout their studies, as well as the tools to build a successful career upon graduating.”

Karlyn King, BA Hons Course Lead and Lecturer, Academy of Music and Sound Scotland, said: “It is vital that we support students with the most relevant industry contacts and expertise throughout their studies, and the SMIA encourages this type of proactive attitude with their fantastic range of events and resources. I am personally very thankful for this opportunity to collaborate with them and join forces!”

The announcement follows last month’s news that the University of the Highlands and Islands was the first university in Scotland to receive course accreditation from the SMIA for their BA (Hons) Music Business and BA (Hons) Popular Music programmes. With the Academy of Music and Sound Scotland now also partnering with the SMIA, the link between industry and academia in Scotland’s music community is greater than ever.

Following years of delivering successful pilot developmental projects, as well as attracting a growing base of active members and establishing the Scottish Album of the Year (SAY) Award in 2012, it was announced in January 2018 that the SMIA was successful in joining Creative Scotland’s Regular Funding Network for 2018–2021. The Regular Funding Network is comprised of organisations that make a vital contribution to the current health and future development of the arts, screen and creative industries in Scotland, and as part of the network, the SMIA is tasked with delivering a pioneering, innovation-led development programme, designed to help nurture business talent and build infrastructure in Scotland’s music industry.

With yearly activity which includes workshops, networking events, research projects, The SAY Award, resource development and a consultancy programme for Scotland-based music businesses, the SMIA delivers a wide range of services, projects and events for anyone working in – or wanting to work in – music in Scotland. Thanks to the funding support from Creative Scotland, the SMIA was able to launch a Basic Membership last year, which is free for all and provides access to activities delivered as part of the publicly funded programme. Since its introduction, over 2500 music practitioners from across Scotland have joined the association, bringing the industry closer together and stimulating increased opportunities for collaboration. The SMIA also offers Student Membership and Core Membership, which provides access to additional services and benefits to help music practitioners based in Scotland excel.

The SMIA recently announced the appointment of seven new Directors to its company board and will soon be establishing its inaugural Advisory Group; made up of members working across different sectors of the Scottish music industry who will give perspectives from their experience and the organisations and the sectors in which they are active. These perspectives will help inform the SMIA’s strategy and ensure that all services, projects and events continue to be needs-led.