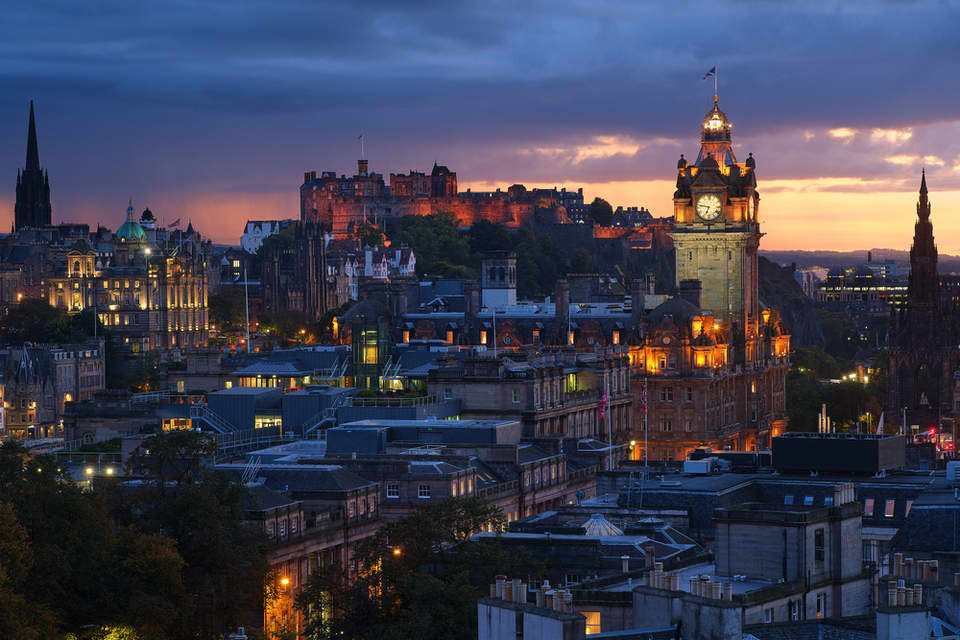 Edinburgh Music Lovers kicks off with two exclusive gigs for Edinburgh, support from the council, music industry and a partnership with mental health charity SAMH

A new boutique promoter, Edinburgh Music Lovers (EML), has launched its mission to help make the capital a music city – and to support mental health.

Through its events, EML will raise awareness of mental health and funds for its partner, SAMH, the Scottish Association for Mental Health.

Set up by former music journalist and marketing specialist Jim Byers, EML will stage  eclectic events in various venues, programme music and events for venues, and curate local music news and content. Its plans include a flagship annual music festival for Edinburgh.

But its main focus will be on helping to develop Edinburgh into a thriving music city for locals, and a must-visit destination for the growing music tourism market. Through EML, Byers’ goal is to help make Edinburgh one of the most exciting cities for music in the UK and beyond over the next 5-10 years.

Edinburgh’s music scene has managed to thrive despite suffering several venue closures, problems with restrictions on noise and property development.

And Byers believes that Edinburgh is now hitting an upward curve for live music, with several venues emerging that will enhance the city’s scene. These include Leith Theatre, The IMPACT Centre, the increasing re-use of Assembly Rooms for music events, the refurbished Rose Street Theatre, the Old Dr Bells Baths, a proposed new venue from music charity Neko Trust and the planned redevelopment of Ross Bandstand. It is believed the Fruitmarket Gallery may also host live music events when it expands into what was formerly Electric Circus

These are in addition to Edinburgh’s core venues such as Sneaky Pete’s, The Mash House, Bongo Club, La Belle Angele, Summerhall, Liquid Rooms, Queen’s Hall, The Playhouse and The Usher Hall.

These venues are the bedrock of Edinburgh’s music scene, along with other events and local promoters who have driven the city’s music scene forward for years, such as Regular Music, Nothing Ever Happens Here, Hidden Door, Alive & Amplified, Fly Club, Braw Gigs, Neu Reekie, NightVision, Song by Toad, Good Grief and Triple G.

EML aims to work with the City of Edinburgh Council to help create a supportive environment in which music culture can thrive. It will also collaborate with other partners including the local music community, The Scottish Music Industry Association, Marketing Edinburgh, the tourism sector, and other organisations that share an interesting in promoting Edinburgh.

EML director Jim Byers said: “Edinburgh has some amazing music events, venues and dedicated promoters. But on a wider level, I believe, as many do, that Edinburgh punches below its weight for music given it’s a capital city. The city’s music fans often miss out on touring acts, or are forced to spend time and money travelling elsewhere.

“With several venues in the pipeline adding to existing spaces, artists like Young Fathers putting the spotlight on Edinburgh, a growing affluent population, a huge number of students and a strong creative culture, the city has the pieces in place to create an even stronger music scene.”

“We want to help make that happen by working with others to create a coordinated strategy for music and a strong collective voice to represent music culture in the city. As a boutique promoter dedicated to Edinburgh, ultimately we’d like to make Edinburgh one of the most exciting cities in the UK and beyond for live music.”

EML’s plans have been welcomed by the City of Edinburgh Council, and won support from influential figures in the city and the music industry.

Legendary Scottish music and event promoter Pete Irvine, who has been informally mentoring Jim Byers during the set-up of EML, has supported EML’s plans. Irvine kick-started the music scene in Edinburgh in the 70s when he co-founded Regular Music before later helping to revive the Glasgow Barrowlands and later creating Edinburgh’s Hogmanay, among other notable achievements.

He said: “I’ve been speaking with Jim over the summer as this great project has emerged. I admire his ambition and think he has the passion and vision to see it through and make a real contribution to the music scene in the city.”

Councillor Donald Wilson, Culture and Communities Convener for The City of Edinburgh Council, said: “We recognise the value of music in the city and people’s lives and we welcome EML’s contribution to strengthening Edinburgh’s reputation for culture.”

Dougal Perman, Executive Chair of the Scottish Music Industry Association, said: “As the representative body for the country’s music scene, we’re here to support music business in Scotland. We believe a thriving music scene in Edinburgh can only benefit Scotland’s reputation and welcome EML’s plans.”

The music and mental health theme stems from the experiences of EML director Jim Byers, a former music journalist and marketing director from Edinburgh. His father committed suicide when he was 10, an event that had lasting impact on his own mental health and led to struggles with depression in later life.

He said: “Music has always played an extremely important part of my life, especially in helping to change or improve my mood. In my experience, and as evidence shows, the live music experience in particular can provide a hugely uplifting experience. We hope that our events and work will help other people.”

Fiona Lewis, Corporate Partnerships Manager at SAMH said: “We agree that music can have such a positive impact on people’s wellbeing and contributing to good mental health. Thank you to Edinburgh Music Lovers for standing with SAMH for Scotland’s mental health. We are proud to be working closely with EML and the music community in raising awareness of mental health and funds for SAMH.”

Of EML’s forthcoming evens in September and November, Jim Byers said: “For our first events, we wanted something special and we’ve curated two extraordinary acts. We’re incredibly proud and excited to bring Colin Stetson and Kojey Radical to Edinburgh. Both events are exclusives for Edinburgh and feature two of the most intense and incredible musicians we’ve ever seen.”